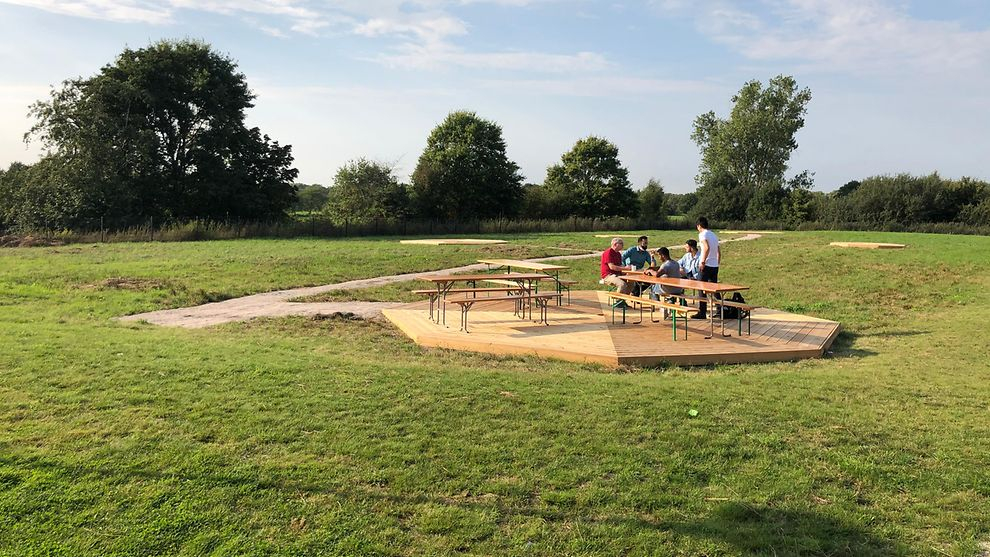 Next to the refugee accommodation “Am Röhricht”, maintained by the German Red Cross in Hamburg’s Neugraben-Fischbek district, there is an open space with boggy and uneven ground. A redesign is planned for 2027, when the accommodation will no longer exist in the same area.

In the meantime, CLEVER Cities partners and the head of the facility decided that the surrounding green spaces could not be left unused - together with locals, they are making the area suitable for leisure and entertainment activities to foster nature connectedness. 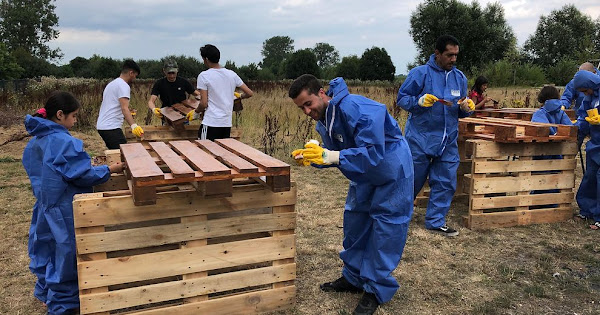 How did the project start?

The refugee accommodation is one of the locations in Neugraben-Fischbek linked by the CLEVER Cities green corridor, which aims to connect the city to nature through place-specific interventions.

The facility manager, Dr Michael Wedler, was enthusiastic about the idea from the very beginning, and it was decided to divide the garden project into three phases. In summer 2019, residents took part in a workshop where they jointly agreed to build multi-purpose wooden platforms to make the area more inviting and enjoyable. The next step was to co-build and co-plant raised garden beds, followed by the painting and planting of an overseas container used for storage.

The raised beds were built from pallets in summer 2019 in a workshop led by Jochen Capell, a Neugraben-Fischbek resident and expert gardener. Together with residents, the pallets were covered with weatherproof paint, screwed together and filled with layers of earth.

Local children and other interested participants helped to plant the raised beds with various vegetables and herbs. 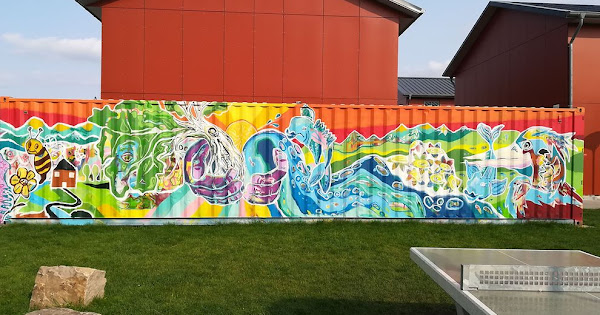 Planting and painting the overseas container

In cooperation with the Loki-Schmidt Foundation, booklets about the heath and moorland nature reserve around Neugraben-Fischbek were developed, translated into Tigrinya, Dari, Arabic and Kurdish, and distributed to local children, who covered the overseas container with colourful drawings.

Following this, a series of workshops were held under the guidance of artists Marie Garbers and Marius Thieme. In a participatory process, a motif was co-developed and the container was redesigned. At the same time, grown grapevines were replanted in the container. 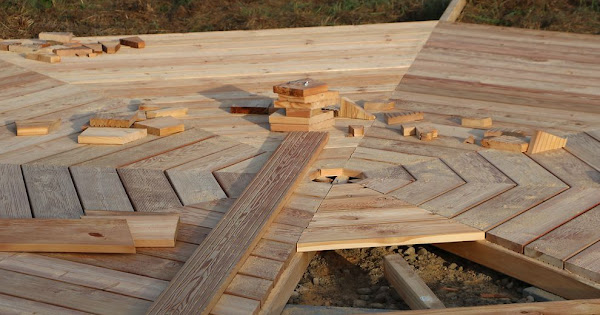 Five octagonal wooden platforms were built in the shape of islands of different sizes, which are dedicated to different recreational and educational activities that focus on the neighbouring "Neugrabener Moor" nature reserve. Different structures allow the islands to be used in different ways, e.g. to lie in the sun, to sit together with friends and exchange ideas, to play games, dance and more.

Finally, the islands, raised garden beds and the newly designed container were officially opened in a joint inauguration ceremony with coffee and cakes. The participants enjoyed the quality of their stay on the islands, contributed ideas for possible uses of the space and worked with Jochen Capell on building wooden deck chairs.

The so-called "Islands in Röhricht" now offer a place of relaxation and retreat for the residents and their neighbours. Next year, pergola flowers will be planted, a sunshade sail installed and a flower meadow will be sown.