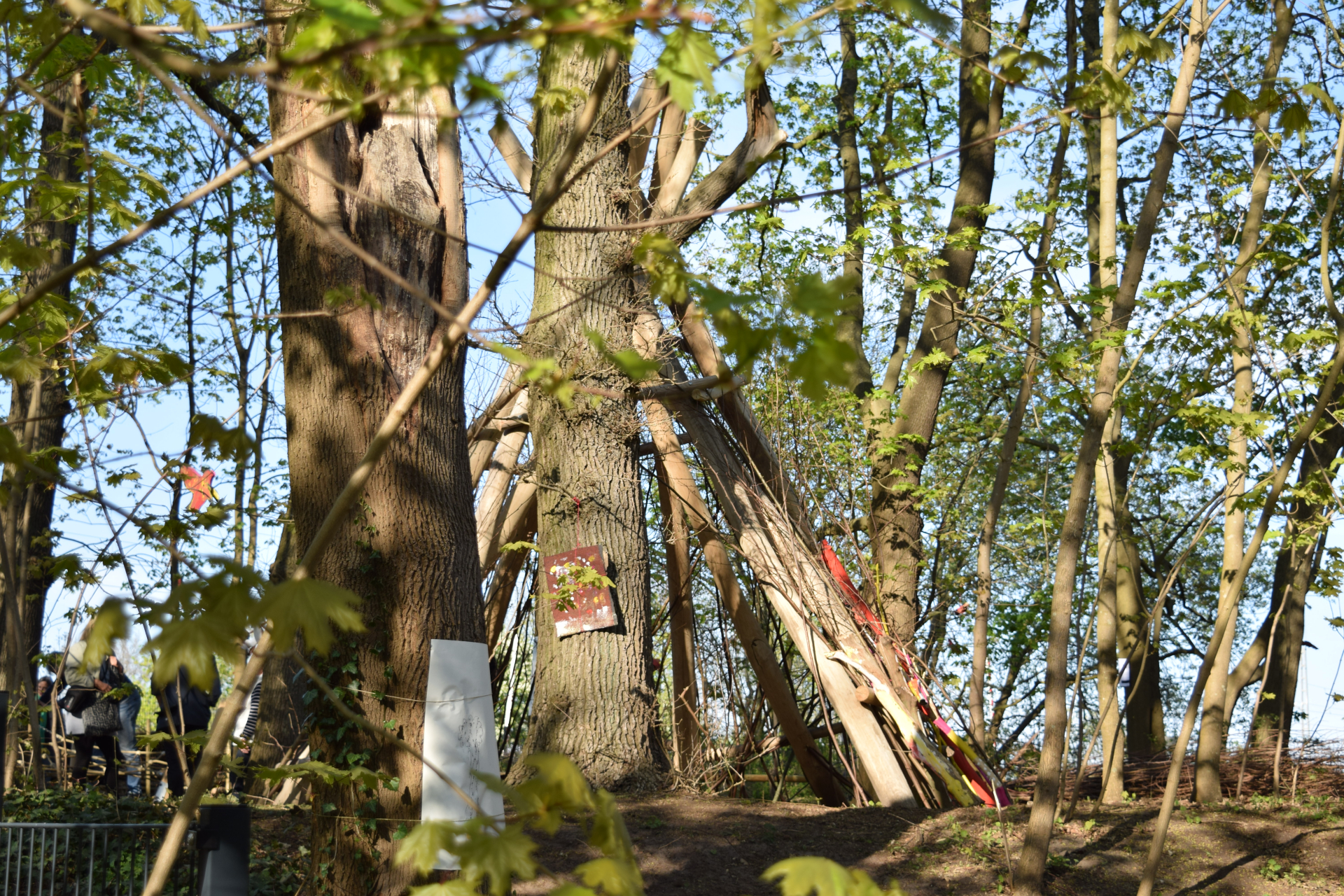 A new nature adventure playground enjoyed its grand opened in the Hamburg CLEVER project area of Neugraben-Fischbek (NF) on April 25th, 2020. The party featured a collection of land art objects designed by pupils of a near-by elementary school, exhibited in the branches of the playground’s beech trees.

The playground is one of many CLEVER interventions designed to strengthen green link networks of in Neugraben-Fischbek. Coordinated by the CLEVER Cities project, these interventions jointly form the so-called “CLEVER parcours,” a route connecting Nature-based solutions (NBS) that have been or will be implemented. Bernd Lange, a member of the European Parliament has also put together a Komoot tour of the routes, which visitors can follow by bike.

The nature adventure playground adds a new component to the local greenery and is a place for children to discover nature and natural materials, such as wood, stone, and clay. In contrast to the usual prefabricated and synthetic play equipment of many playgrounds, this playground consists primarily of a grove of deciduous trees, made accessible and safe for a wide range of playing activities, including building wooden cabins, digging, climbing, and hiding in bushes. A specially equipped area is dedicated for parents and small children. This area is protected from near-by train tracks by a nature-based barrier, also offering small animals a refuge and hibernation spot.

Creating the nature adventure playground was not without its challenges. The land ownership structure, difficult water drainage conditions, and unexpected soil contamination put the design team to the test. These challenges are typical of the marginal* and often long neglected land plots typically found near roads and highways. Such areas can, however, lend themselves very well to the implementation of NbS. NbS in turn can take these seemingly unattractive places and create green assets in neighbourhoods.

The NF nature playground clearly demonstrates the (co-)benefits of NbS, preserving the existing biodiversity on the plot and creating new beds for biodiverse meadow areas. The playground’s design fosters kids’ urges to move and provides a pleasant environment for healthy leisure activities. The area, formerly a non-accessible brownfield** site that includes a former garbage dump, has now become a high quality public space and meeting point for near-by residents. The environmental and cultural histories of the area are also present in the design; the former course of a now dry creek and a former road crossing are both visible at the site. Many of these design elements were developed in a co-creative process involving the residents, pupils from local kindergartens, and parent groups.

Visit the site on your next trip to Hamburg and experience first-hand the possibilities the new adventure playground has to offer.