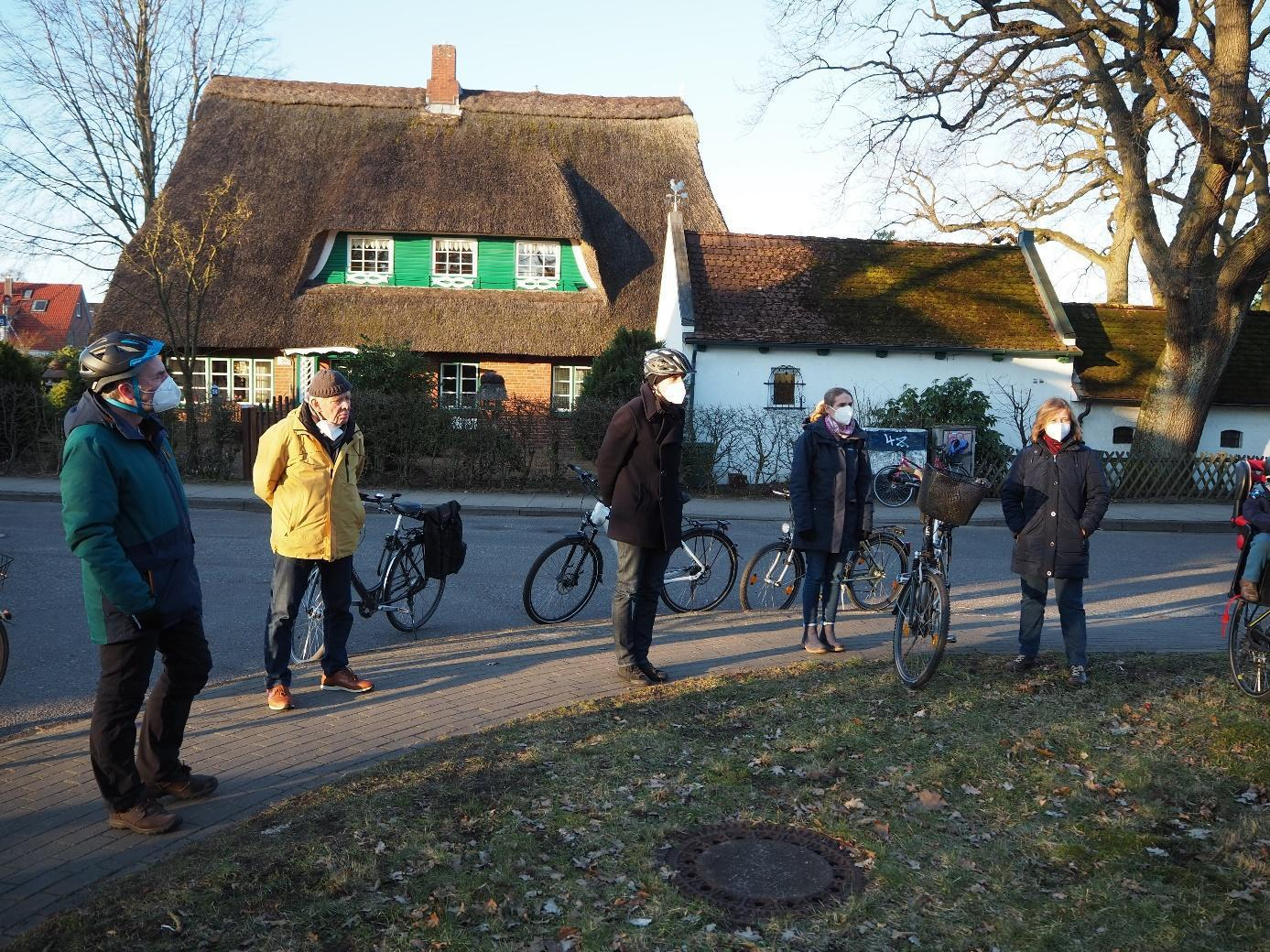 To link the city to nature and emphasize nature within the city, the CLEVER Cities team in Hamburg is designing a new wayfinding system in the district of Neugraben-Fischbek that will provide information on place-specific nature-based interventions in the area, establish connections between them, offering orientation, while at the same time embedding them into existing paths.

In March 2021, the district office of Harburg kicked off a co-creation process to get residents and local stakeholders involved in designing the new system, which will link different elements of the new CLEVER corridor.

Individual elements will convey information on the CLEVER Cities nature-based interventions, such as schoolyards, a public park and a garden project at the German Red Cross refugee accommodation "Am Röhricht", showing potential routes between them and surrounding natural landscapes.

Through the co-design process, involved participants will define five further spots of special local significance to be integrated into the wayfinding system.

The co-design process will consist of three phases, broken down into three participatory workshops.

As part of the inaugural workshop, the CLEVER Cities team and the local communication agency SUPERURBAN organized a bike tour in Neugraben-Fischbek, where potential locations for nature-based interventions were discussed with the participants. A follow-up digital workshop allowed further exploration of the first conceptual ideas and hosted a lively discussion about the functionality and sustainability of the suggested measures.

The launch events brought together ten local stakeholders from various institutions in Neugraben-Fischbek such as the Loki-Schmidt Foundation, the Cornelius Parish, the beekeeping association Harburg-Wilhelmsburg, the primary school Ohrnsweg, the culture and history associations Falkhus eV and Fischbek, the high school Süderelbe, and the production facility Süderelbe.

In the coming months, initial ideas for the design of the corridor will be further developed and fed into another round of workshops, in which a more elaborate concept will be brought into discussion.

Co-creation is one of the core approaches of CLEVER Cities. In 2018, the project published its "Guidance on co-creating nature-based solutions" - a co-creation pathway that can be flexibly adapted to the local context of different cities. More recently, project partners published the study "Co-creation Pathway for Urban Nature-Based Solutions: Testing a Shared-Governance Approach in Three Cities and Nine Action Labs", which analyses the project’s 2,5 years of experience with citizen engagement methodologies to implement urban greening measures.