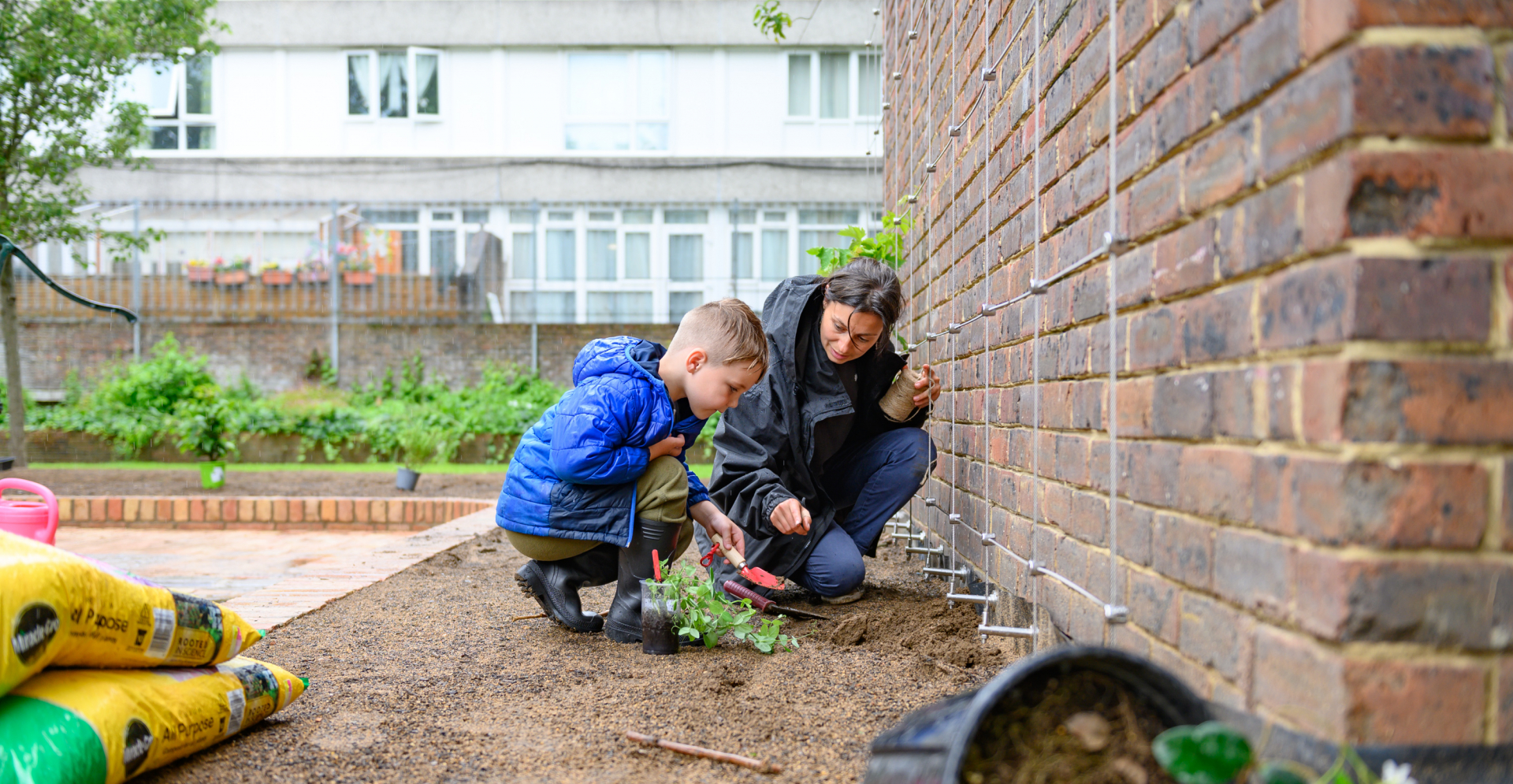 With the help of input and design ideas from local residents, CLEVER City London, alongside Peabody and its appointed design partner, muf architecture/art, has successfully delivered its first nature-based solution: an edible garden in South Thamesmead. To celebrate, the CLEVER Cities team organised a community gathering on July 3rd to introduce locals to the garden and to receive feedback on the initiative.

Residents – both young and old alike – were given the opportunity to participate in a variety of activities, including planting new produce in the garden and testing out the location for a new slide. 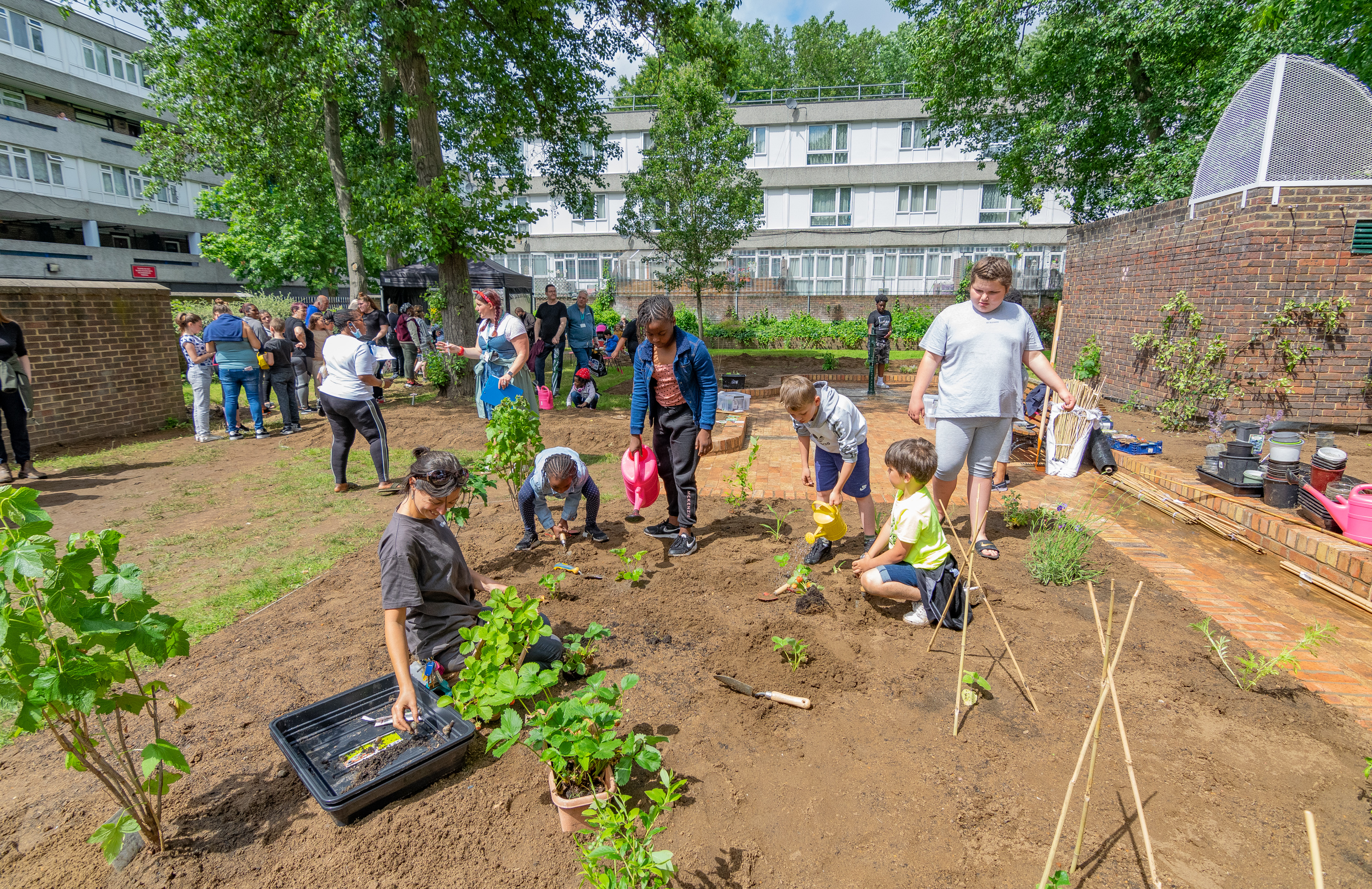 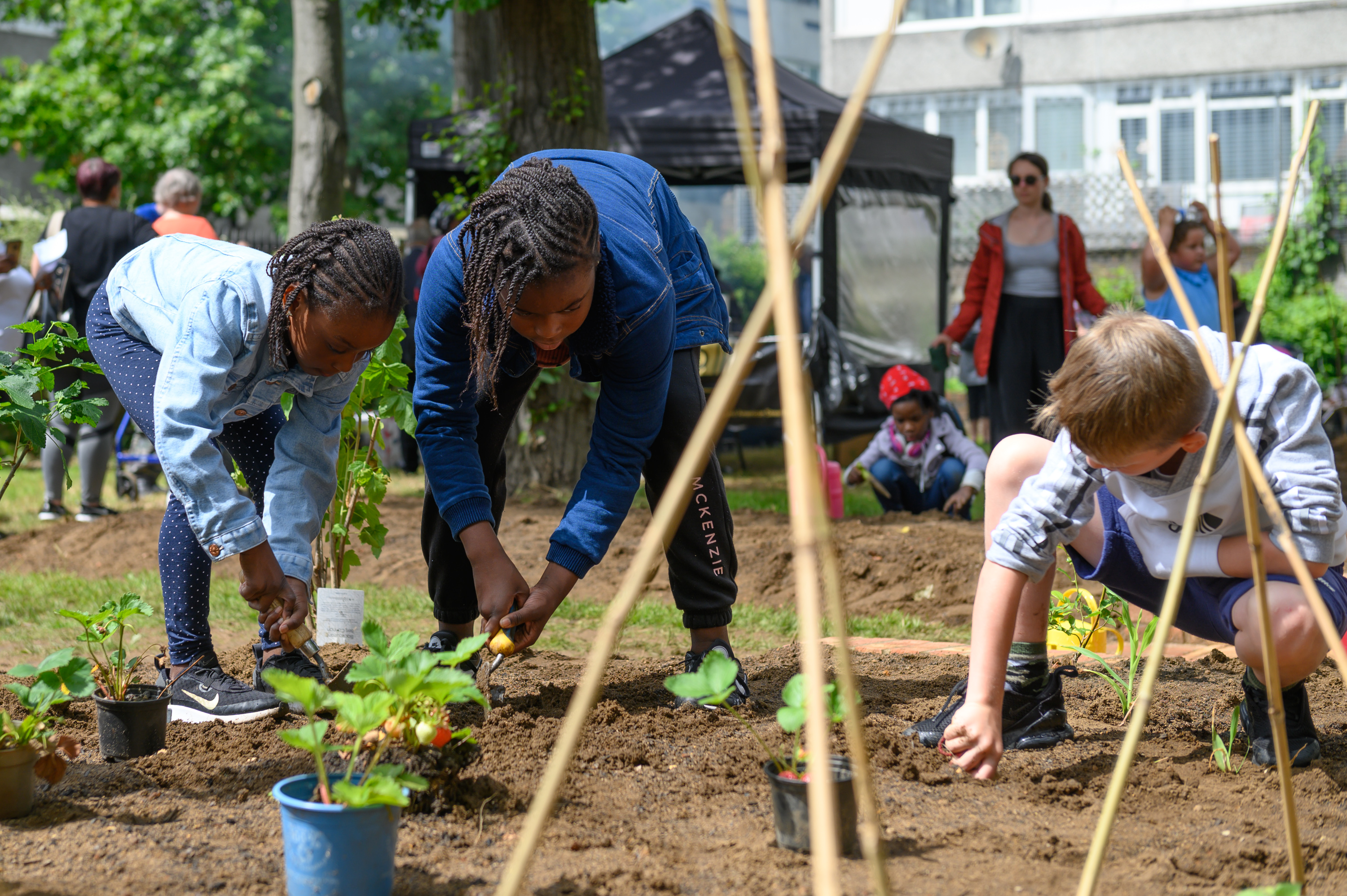 Throughout the planning process, the CLEVER Cities South Thamesmead Garden Estate project - part of a £3.9 million investment by the housing association Peabody to create better outdoor spaces around homes in Southmere and Parkview – has relied on the responses of citizens to shape the design, development and implementation of the new garden so that it directly addresses the needs of the community.

After collecting ideas on what type of outdoor space would benefit residents the most, first stage designs were created for a community garden and locals were invited to provide feedback on those designs.

The newly minted edible garden is the first in a series of nature-based solutions that CLEVER London hopes to implement. Future plans include a green chain walk path along Abbey Way and introducing rain gardens to help with drainage and to support local biodiversity in South Thamesmead.

The recent unveiling of the edible garden assembled a large group of locals who were able to witness the results of their contributions and envision a greener future for the neighbourhood. The garden is set to become a place of collaboration and community and, to ensure its success, there are already local residents keen to support the management of the space. 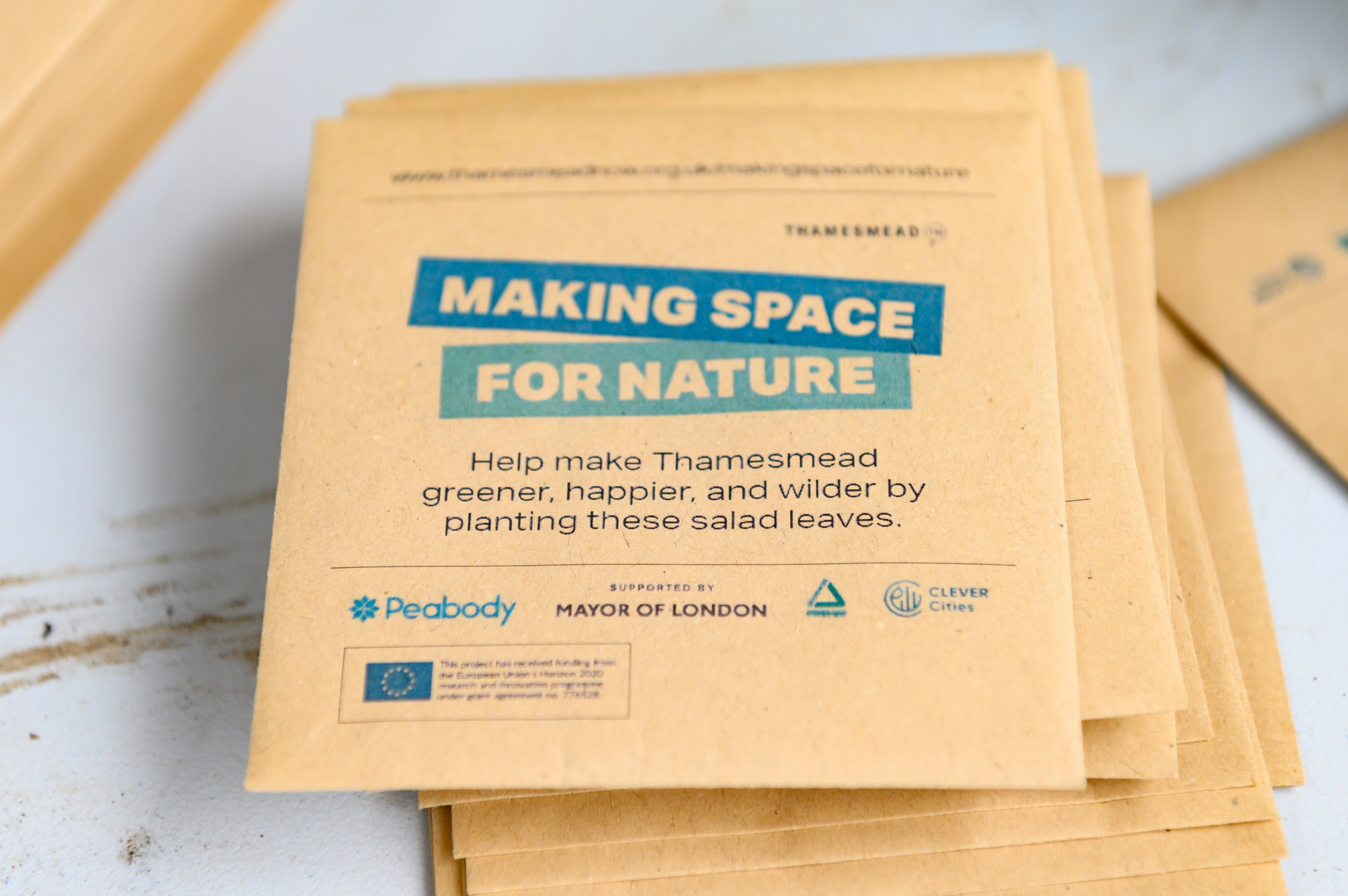 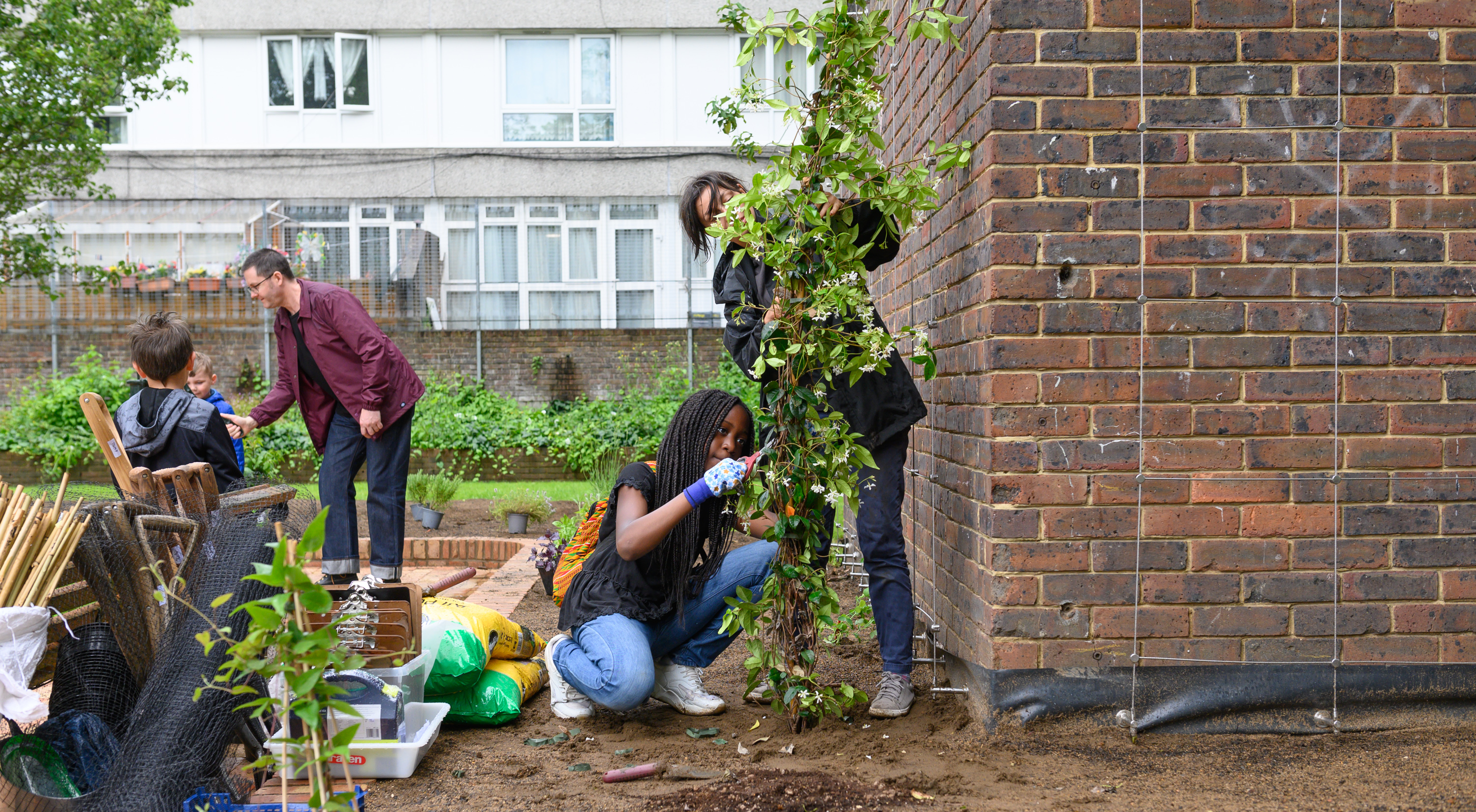