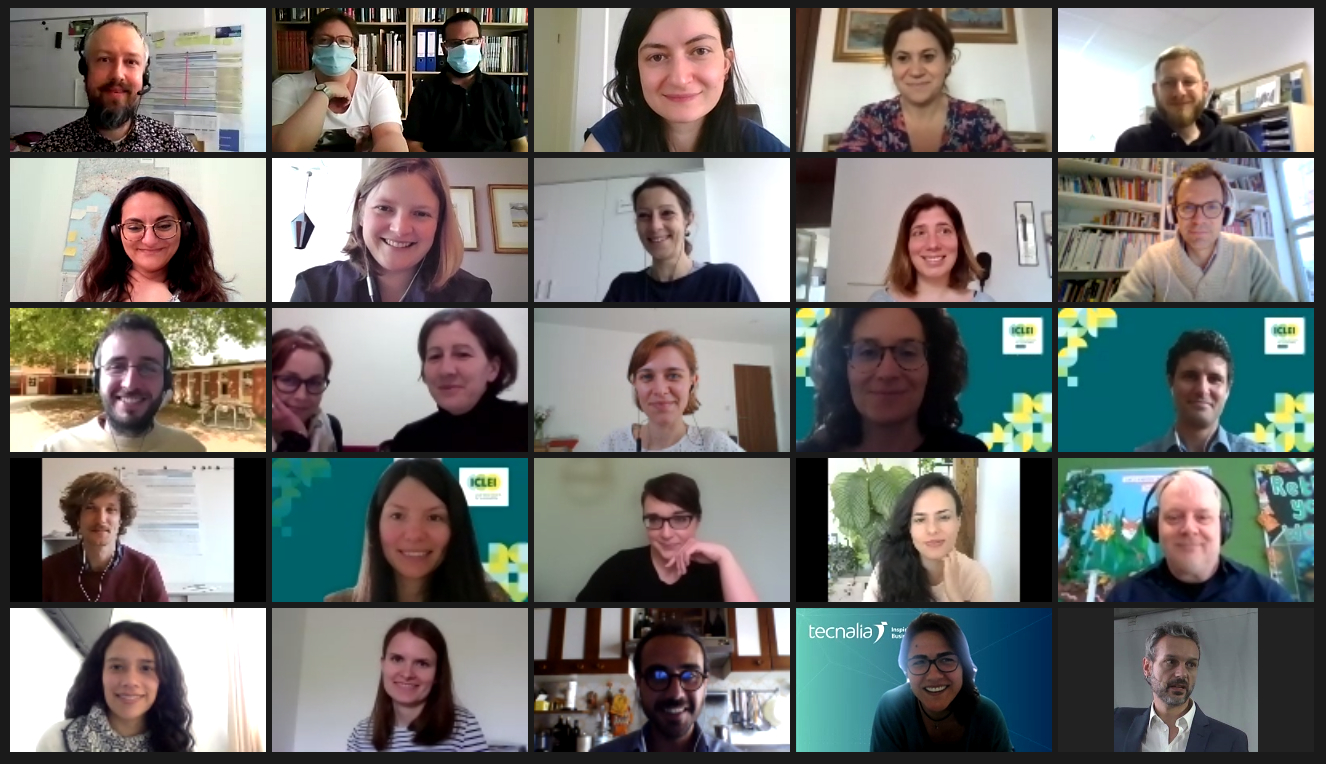 Marking CLEVER Cities’ 3-year anniversary, the project’s 34 partners gathered on 26-27 May at the Annual CLEVER Assembly to take stock of achieved milestones and outline a plan for collaboration on the main outputs to be developed over the course of 2022 and 2023, cementing the project’s legacy.

The meeting revealed that, despite the COVID-19 pandemic, CLEVER’s Front-Runner cities have been successful in using digital participation methods to encourage local residents to have a say in how their neighbourhoods will look in the future, and are progressing with the planning, implementation and monitoring of nature-based solutions to build greener, safer, inclusive and more sustainable urban environments.

Some of the highlights presented by the project’s Front-Runner cities at the meeting include:

The project's Fellow Cities (Belgrade, Larissa, Madrid, Malmö, Quito and Sfantu Gheorghe) provided an update on their progress in the implementation of their roadmaps towards urban nature-based solution plans, which will integrate envisaged NBS with other planning and land use processes at the local level. Quito, for example, included NBS and CLEVER Cities activities as part of the measures to foster inclusive urban regeneration listed in its Municipal Climate Action Plan.

The experience gathered by CLEVER’s Front-Runner and Fellow cities will be distilled in two major project outputs developed in the final years of the project: the "CLEVER Solutions Basket" and the "CLEVER Guidance", which will compile innovative technological, business, financing and governance solutions to foster the replication of NBS in other cities across Europe and world-wide. The second part of this year's CLEVER Assembly, where collaboration on the two products will be discussed, is scheduled for September 2021.