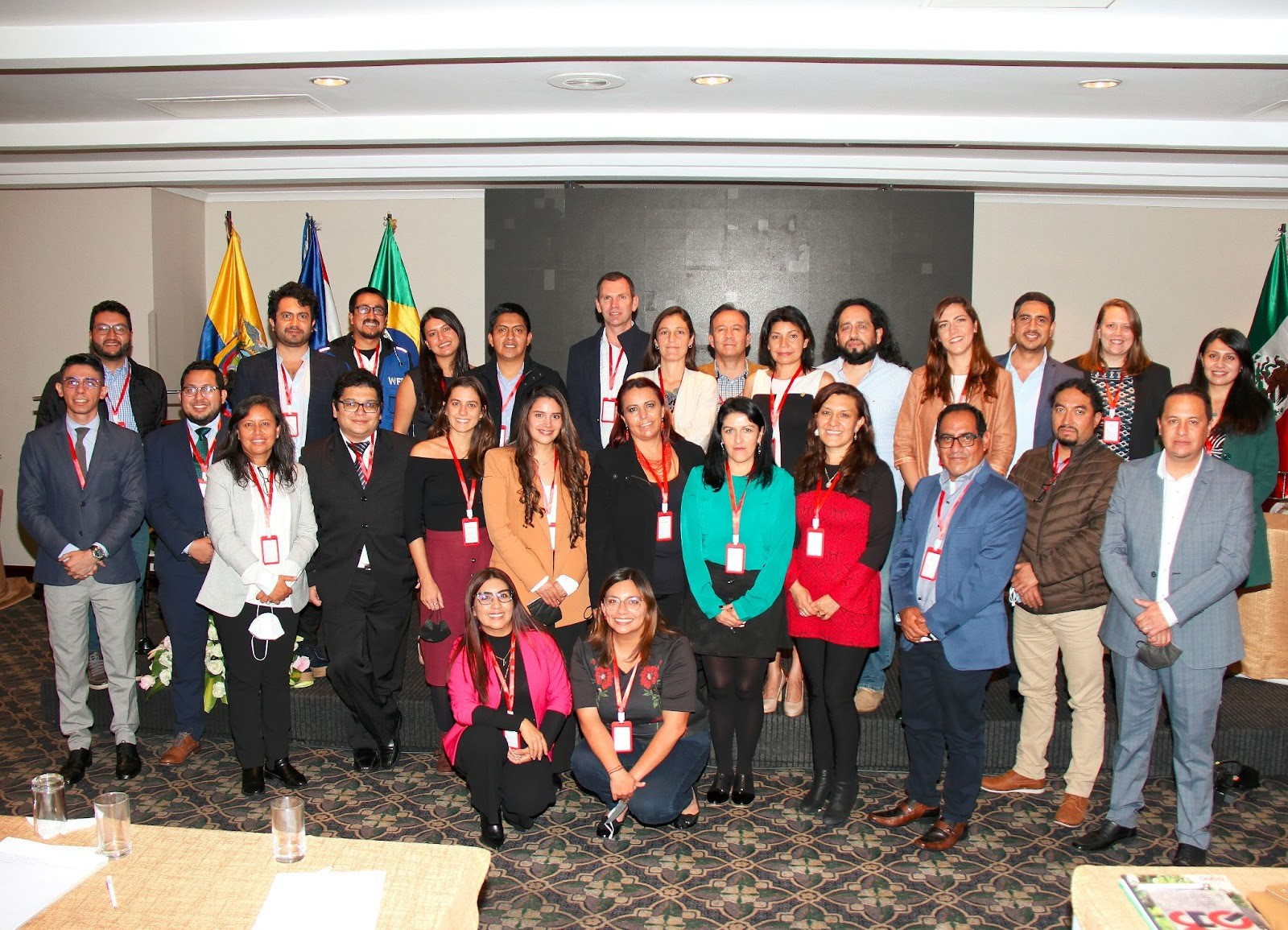 On Tuesday and Wednesday, April 19th and 20th, the Municipality of the Metropolitan District of Quito collaborated with ICLEI and YES Innovation to host the inaugural event of the UrbanByNature Latin America Hub, which brought together leaders in urban green infrastructure from around the region. The UrbanByNature programme is a global initiative which brings expertise on green infrastructure and nature-based solutions (NBS) to aspiring and achieved urban nature practitioners and policymakers. The UrbanByNature Latin America Hub is being established with support from the CLEVER Cities project.

Fifty people attended the in-person event, while many others participated by streaming the event. The participants included practitioners from NGOs, local enterprises, and academia, as well as policymakers and representatives from municipal governments. To participate in the event, municipal representatives traveled from Buenos Aires (Argentina), São  Paulo (Brazil), San José (Costa Rica), Guadalajara (Mexico), Santiago (Chile), Santo Domingo (Ecuador), and Portoviejo (Ecuador). In committing to the Hub and sending representatives to the launch event, these municipalities from around Latin America displayed their commitment to harnessing the potential of nature in urban development. In addition, the city of Lima, Peru has formally expressed their commitment to join the UrbanByNature Latin America Hub, even though they were only able to participate virtually.

Throughout the day, municipal representatives shared presentations on the past and present uses of blue and green infrastructure in their local contexts. These presentations often detailed the local environmental and socioeconomic risks and challenges, which can, in many ways, be addressed via nature-based solutions. For instance,  many cities have used nature-based solutions to combat climate change related disasters such as floods and landslides, the destruction of habitats like mangroves, and inadequate waste disposal methods. Many cities also discussed measures they took to include citizens in the planning of nature based solutions and to increase equitable access to urban green spaces.

The event also included a panel discussion of diverse local stakeholders, UICN, UNDP, FLACSO, YES Innovation and the Ministry of Environment of Ecuador who described their work in the field of nature-based solutions and offered insights into the importance of working across sectors to improve design and achieve common goals. The panelists also reflected on the role of each kind of stakeholder as universities, civil society, international cooperation organizations, governments and private sector not only for implementation, but also for monitoring and upscaling nature-based solutions.

In the afternoon, participants actively engaged in an open discussion about the challenges, opportunities and needs that various actors face when planning and implementing nature-based solutions in the region. This session showcased the potential of the UbN Latin America Hub to foster a network of passionate regional actors, who can learn together about the opportunities and complexities of creating nature-based solutions. Attendees with various backgrounds and experiences enthusiastically contributed to the dialogue, offering insights and posing nuanced questions about the practical processes of fostering nature-based solutions. The discussion also touched on challenges that local governments face for its implementation, such as low availability of resources, urban planning with a short-term vision, conflicts related to land tenure and lack of information. Concrete measures were brainstormed to address these challenges, including improved collaboration, greater involvement of the population, dissemination of information, training and exchange of experiences on NBS, the need for an information management system and the consideration of economic and social issues such as gender.

On 20 April, participants were able to experience the potential of nature-based solutions first hand during a site visit to Cerro Casitagua located at the Pomasqui district, where nature-based solutions are used in public spaces and ravine recovery through initiatives developed by La Delicia Zonal Administration that is part of the Municipality of Quito. The excursion focused on mitigation and adaptation measures in response to mass movements that were caused by the loss of vegetation cover on Cerro Casitague and the increased rainfall in this zone. After a couple of extreme events that led to considerable damage, forest plantations were installed for the recovery of vegetation cover and environmental services. The restoration project was conducted with the technical guidance of La Delicia regarding NBS and green infrastructure as well as the active participation of citizens that live near the ravines.

The UrbanByNature Latin America Hub will build on the network and momentum established in this kick-off event by hosting a series of webinars that will guide members through the 7-step UrbanByNature Methodology. The first webinar is to be held on June 2nd and will focus on the process of exploring the existing NBS policies, plans and regulations, identifying gaps in approaches, and understanding the local needs.