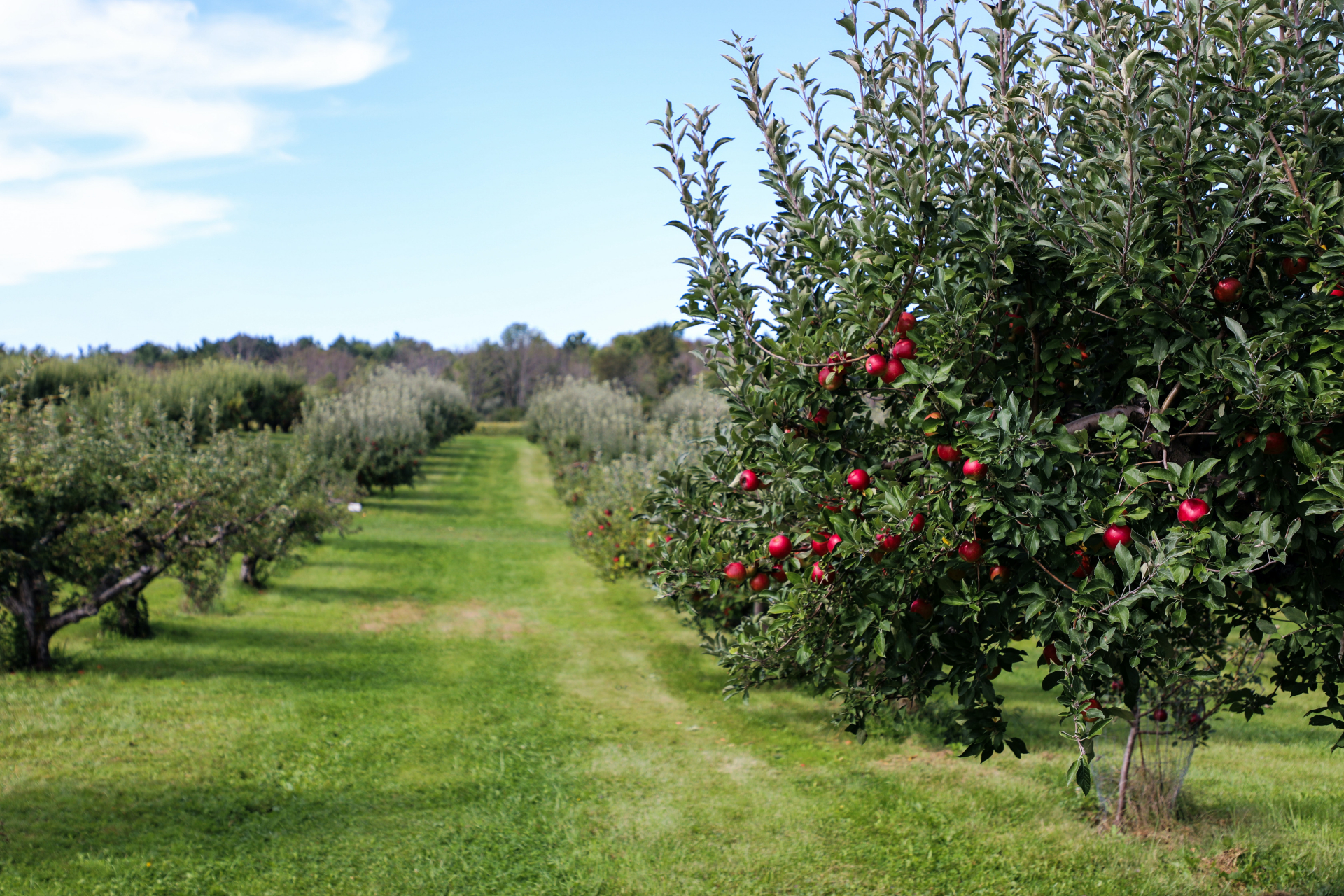 Orchards play an important role in supporting biological diversity. Providing habitat to over 5.000 animal and plant species, traditional orchards belong to the most biodiverse ecosystems in Europe because they combine two different habitats in one single area: a sparse population of fruit trees above and meadows and grasslands below.

At the same time, orchards are important allies in the fight against climate change. Apple trees, for instance, not only absorb carbon dioxide (CO2) and other greenhouse gases such as carbon monoxide (CO) or sulphur dioxide (SO2), but also emit oxygen. A single tree can absorb up to 5 kg of air pollutants and produce up to 130 kg of oxygen in a single year.

In the city of Hamburg, CLEVER Cities partners Steg Hamburg and the borough of Harburg, in collaboration with the Rüm Hart Foundation and the urban housing and development company SAGA, planted a new orchard in the Neugraben-Fischbek district.

The project is an example of a nature-based solution (NBS) through which both ecological and social benefits are achieved. While giving a home to numerous plant and animal species, the orchard also creates a new space for community activities and supports healthier eating habits among residents. 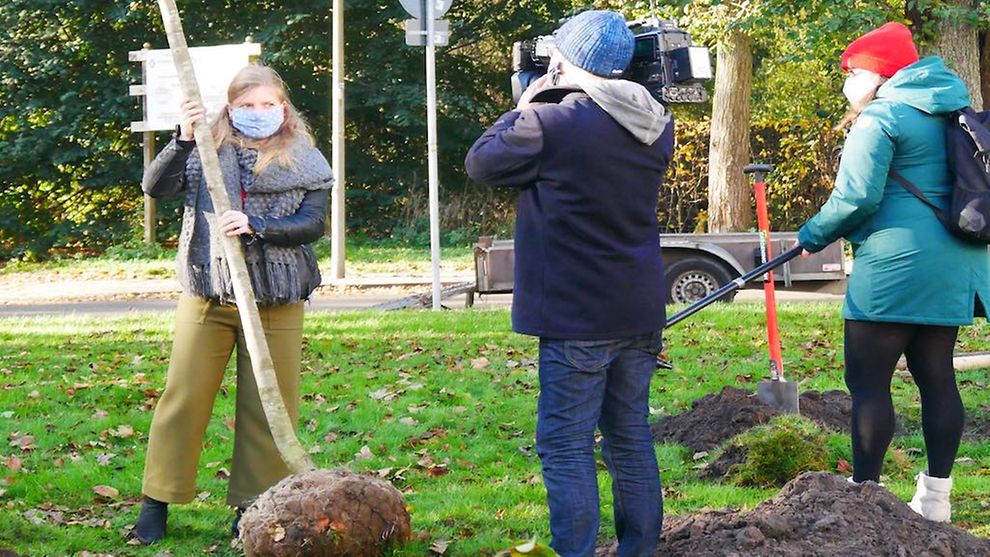 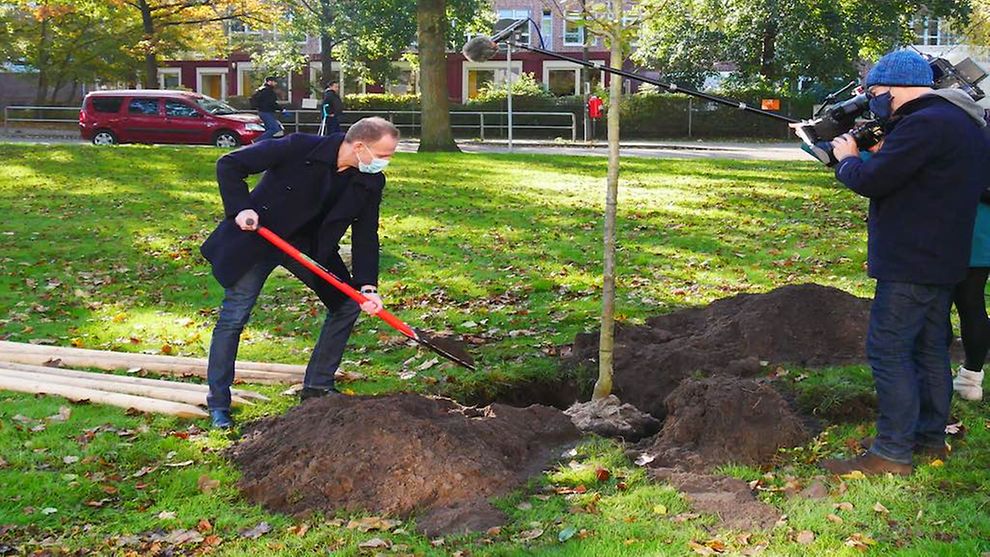 The 500 m2 area where the orchard was planted was made available by SAGA. “We want to increasingly design our areas in a way that provides more benefits to ecosystems,” said Dittmar Loose, head of the SAGA office in the South of the Elbe River region.

The Rüm Hart Foundation from the Neugraben-Fischbek district donated six rare and regional apple trees to the orchard which are capable of withstanding heat and drought in the face of climate change.

Dirk Janssen, CEO of the Rüm Hart Foundation, said: "Unfortunately there are fewer and fewer insects and birds in the area. It is therefore of utmost importance to design as many green areas as possible and to stop the rampant trend towards paved gardens."

The trees were professionally planted by a tree nursery. The participation of residents and students in the planting campaign planned by Steg Hamburg had to be cancelled due to Coronavirus restriction measures.

In the November 4th edition of its “Hamburger Journal”, local broadcaster NDR reported on the tree-planting activity, emphasizing the importance of orchards to support biodiversity in urban environments. 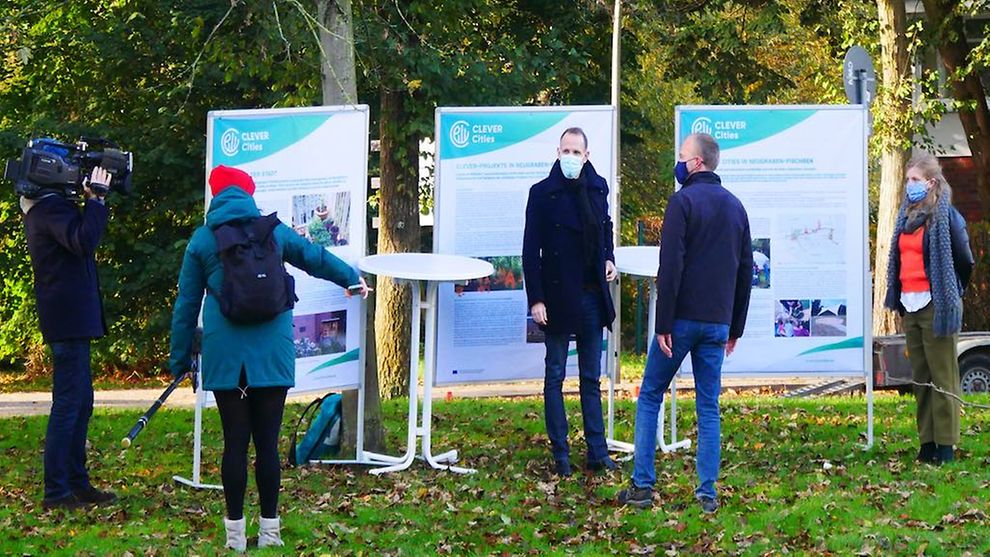 This article was originally published on the website of the city of Hamburg.