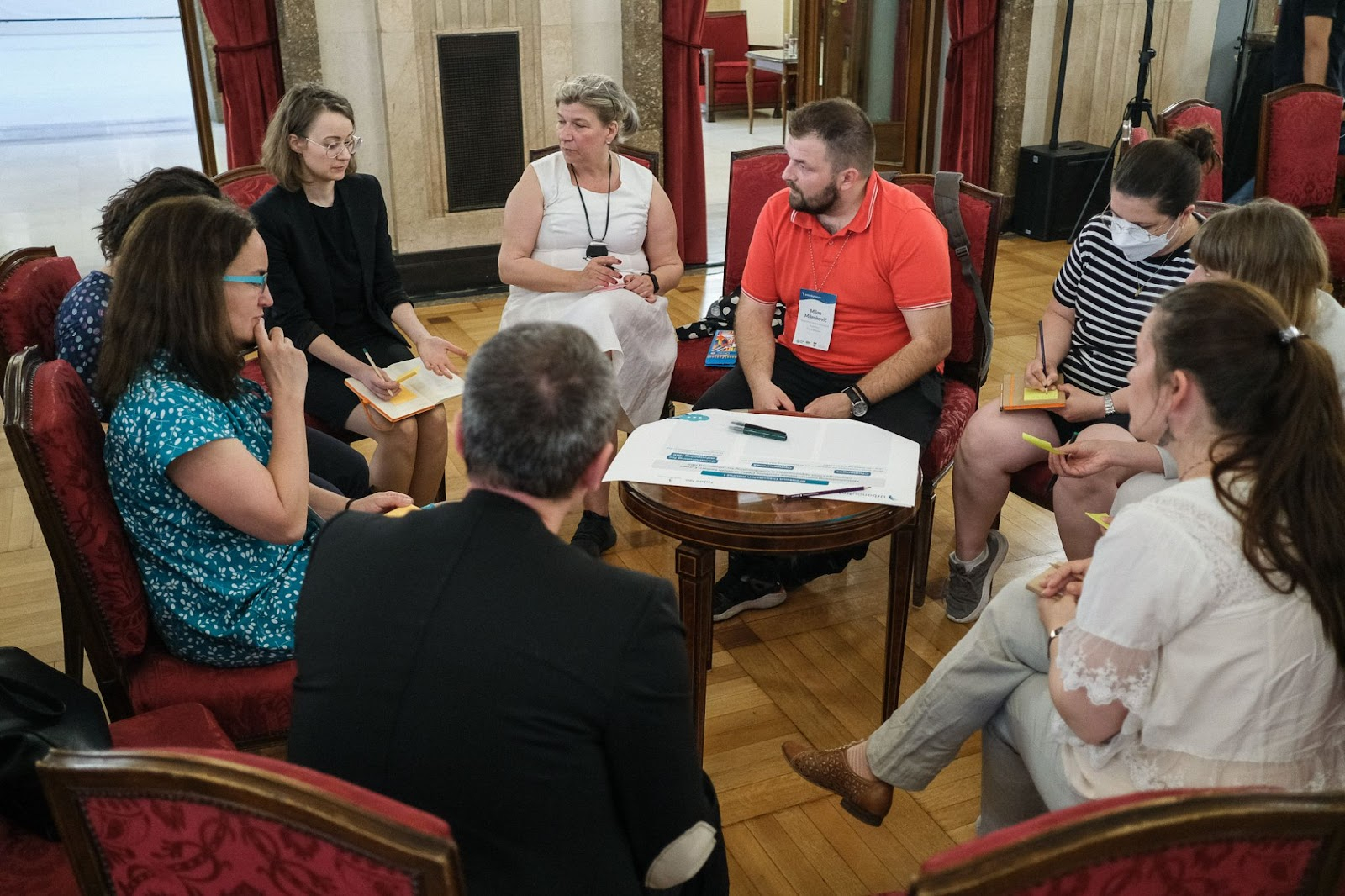 On May 17th and 18th, the city of Belgrade hosted, in cooperation with the Centre for Experiments in Urban Studies (CEUS), the ICLEI World Secretariat, ICLEI Europe and the Environmental Protection Agency Covasna, the kick-off event of the UrbanByNature hub in South Eastern Europe. The event gathered political leaders and project developers with expertise in green infrastructure and nature-based solutions. The launch took place back-to-back with the 24th European Forum on Urban Forestry (EFUF) and consisted of high-level remarks, inspiring showcases of urban nature-based solutions in practice and an interactive workshop to foster cross-city engagement. On the second day, participants were invited to experience a site visit to Belgrade’s future Linear park.

On 17 May, the event began with high-level welcoming remarks from Mayor of Belgrade Prof. Dr. Zoran Radojičić as well as from the CLEVER Cities project, the European Forum on Urban Forestry (EFUF) and a representative from Serbian Ministry of Construction, Transport and Infrastructure. Afterwards, Belgrade's experience in Clever Cities and how the city managed to establish a collaboration between public and civil sectors was showcased. The UrbanByNature programme’s ambitions and goals were introduced by ICLEI Europe, complemented with greetings from UrbanByNature sister Hubs in China and Spain.
Throughout the day, municipal representatives shared their knowledge on how nature based solutions are managed locally, bringing insights from municipalities’ and local stakeholders’ perspectives.

If you missed it, feel invited to watch the recording of the 17 May launch event on Youtube!

The UrbanByNature South Eastern Europe Hub will build on the network and momentum established in this kick-off event by hosting a series of webinars that will guide members through the 7-step UrbanByNature Methodology. The first webinar is to be held on July 4th and will focus on the process of exploring the existing NBS policies, plans and regulations, identifying gaps in approaches, and understanding the local needs. The UrbanByNature South Eastern Europe Hub is being established with support from CLEVER Cities, a project under the European Union’s Horizon 2020 innovation action programme.